"Take A Flight Into The Apocalypse"
The Swarm

Thorpe Park have announced their six new attractions coming to this year's Fright Nights. These include new mazes, scare zones, a new 4D offering and more! In total, this create TEN attractions, making it the biggest offering to date, as well as one of the longest Fright Nights ever with 21 dates!

New attractions this year are... 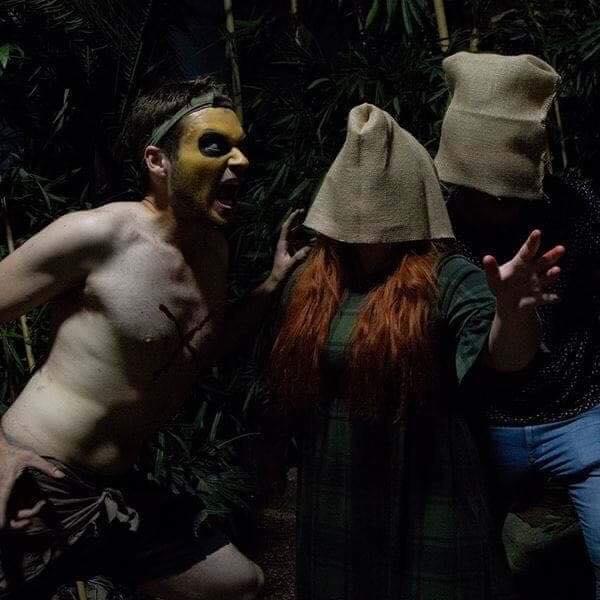 -The Walking Dead: Do or Die. An updated and re-imagined version of last year's Sanctum. Expect lots of gore! We believe this will be located next to Crust, where Big Top has been the past two years.

-Vulcan Peak. A maze which forces guests to go to their primal instincts in the face of a voodoo curse. Some rumours have suggested this could go within I'm a Celebrity.

-Blair Witch. Blair Witch returns for a third incarnation, with new surprises along the way. Located along the back of the park.

-Terror at Amity High (scare zone). Thought to be a vampire-inspired zone within the Amity area!

-Big Top Showtime (Show). The clowns from last year's The Big Top have left the Figaro Bros' circus and are running riot in the Dome!

On top of this, an extra Fanta scare experience, similar to last year's '13th floor' experience, will be appearing on selected dates. It's not clear exactly what this or where it will be going.

All of this comes on top of the four returning mazes - Living Nightmare, Platform 15, Saw Alive and Containment. This accompanies, of course, new-for-this-year attraction The Walking Dead: The Ride, making this the potential to be the scariest Fright Nights to date. Indeed, no where is safe!

What are you most looking forward to this year?! Why not less us know on our forums.